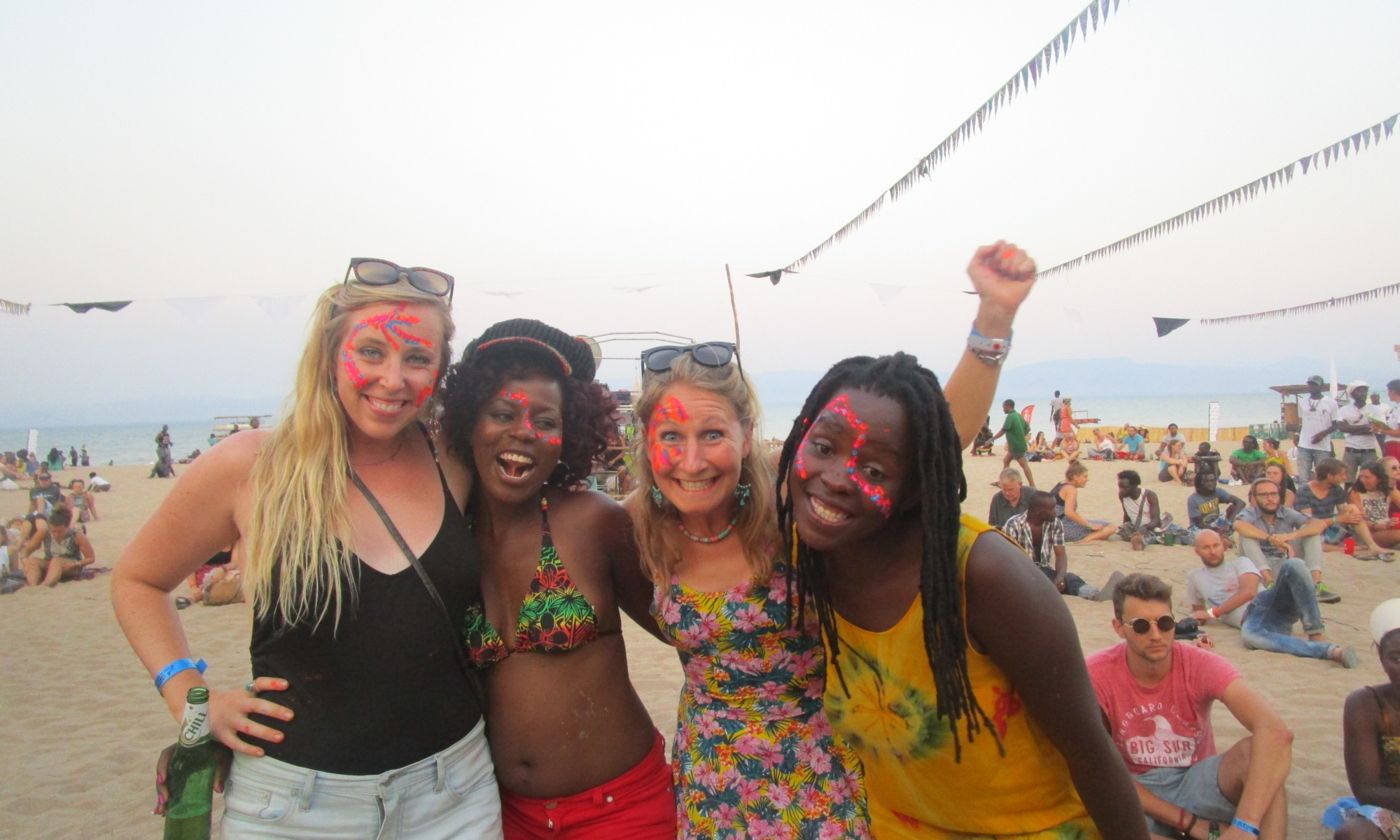 People travel mad distances in order to attend the Lake of Stars Music Festival on the golden sands of Lake Malawi. In fact, I was one of these who planned my travels and work around the eagerly anticipated festivities. Coming from Lilongwe the festival build up was definitely the talk around town. “Are you going to Lake of Stars?”, “Where are you staying for Lake of Stars?”, “See you at Lake of Stars!” With all the talk I was surprised to realize how little I knew of what to anticipate. The party certainly lived up to all the hype BUT for all of you first-timers out there… here’s everything I wish I had known before attending LOS 2015.

There are no convenient cash points or ATM’s close-by. I heard a rumor of one at the festival hotel – although the website mentions it depletes quickly. Regardless, cash is king in all of Malawi and it is best to stock up all the Kwacha you need before arrival. If you’ve never been to Malawi this means that you will have rolls and rolls of bills with you. With the current exchange rate the largest bill you can retrieve at the ATM is the equivalent of $2 USD. Everyone deals with this appropriately but this quickly brings up my next (and most glaring) point.

Pick pocketing is a real issue at this festival. Almost everyone we spoke to had a story about someone they knew who was robbed at the festival. Tents were slashed in the night, bags were nicked and purses cut. Simply, be aware – theft of course will happen at any large festival across the world. Regardless, the police station in Mangochi was full of tourists and locals’ alike submitting lost item reports over the weekend.

The majority of attendees seemed to be camping on-site. This worked well as it negated the transportation issues my friends and I personally experienced. I heard solid reviews about the campsites…spacious and relatively clean. However, there were rumors that they were full before the start of the festival. Book early if this is your preferred method of accommodation. Otherwise there are several expensive hotels close-by. My group opted to rent a cottage about 15 minutes drive away. Split between 10 people this was another affordable option. However, driving to and from the venue proved to be tricky with both the number of people and the general amount of alcohol consumed. We ended up taking local cabs to and from, which always turned into a fight with the local drivers who knew very well they could take advantage of Mzungu (white) prices. So far the best idea I’ve heard is hiring a driver for the entire weekend to come with you as part of the group – you can do this cheaply in Lilongwe or Blantyre and save money on cabs and even more hassle not having to fight with a driver of an unmarked car in a remote area every time you want to leave….

If you are coming from abroad pack your best festival attire. We had face paint (via the UK), which was an awesome addition to the scene. We also made tons of friends this way – my advice is bring something sparkly and bring something to share! The local Malawian ladies definitely came dressed to impress. Daytime bikinis quickly turned into party dresses – be prepared to stay out all-day and let the face paint melt away with the sweat!

Adding to the tricky cash situation – drinks and food were at full on Mzungu prices inside the venue. Although I won’t complain… I was a total sucker for the Portuguese chicken burger and the bar was fully stocked. There was another option of leaving the front festival gates where there was a small market area where more affordable food could be found. A variety of samosas, maize, chips, chicken skewers and sausages were up for grabs outside. WARNING: a friend and I both got sick after eating here the first night of the festival – typical street food woes – *stay away from the mysterious bags of food! I’ll stick to the chicken burgers inside next time. Also – pack snacks and any other items you may not want to purchase at Mzungu prices. 😉 Bags were checked upon entry but only for weapons and illegal substances.

Ticket options were much cheaper at the early-bird price if purchased in-person in one of the larger cities in Malawi. International tickets were available to be purchased online an increased rate – another deal involved using Airtel money for a discount. We opted for full-price tickets before arrival in Lilongwe…saving us about 3,000 Kwacha or the equivalent of $6 USD compared to purchasing at the door.

Some of the best music was on Sunday night! So…save some GO JUICE for the final night, take Monday off work and prepare accordingly. The crowd was definitely much smaller on Sunday, which was a shame as the party certainly didn’t stop without them.

Lake of Stars was wonderfully presented as a cultural experience. It was great to see dance performances, local organizations and artists represented. We attended an awesome slam poetry performance and loved the art instillations. I read another blog about how there should have been more Malawian musicians represented this year. I disagree – I won’t pretend to be an expert in African musicians but I thought Malawi was highlighted in a beautiful way; simply bolstered by the songs and smiles of its surrounding African neighbors.

Lastly, for those of you who aren’t familiar with the Malawian or African music scene…Here are some of my new favorite songs via LOS 2015!

You had to stick around late on Sunday to catch Sonye. Here’s THE song to know via this Malawian celeb.

Toya Delazy – Love is in the Air

This South African artist put on a rad performance to kick off the festy vibes on Friday night. She totally brought the energy and I’m excited to have discovered her!

George is totally the popular kid in town. He is well known and seems to be friends with just about everyone. With wonderfully chill vibes and smooth sound…everyone loves him and you will too! Here’s his latest music video, but don’t miss his version of Desperado.

This artist wasn’t aaactually aaaat the festival but it’s a song you need to know before you arrive in Malawi as you will hear it EVERYWHERE. It’s currently on repeat in my house too! Malawian reggae is represented in full force. Start jammin’ now!

Thanks to the Lake of Stars team for putting on such an unforgettable event! The warm nights, “supermoon”, wild dance moves and green hangovers won’t soon be forgotten! Thanks for the beautiful introduction to Malawi and we’ll be looking forward to next year! 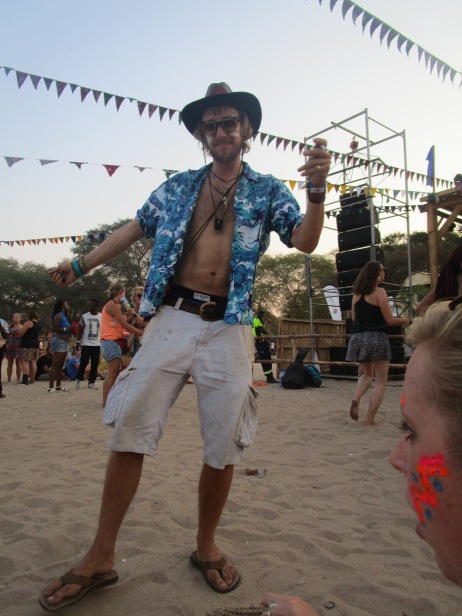 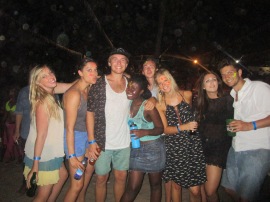 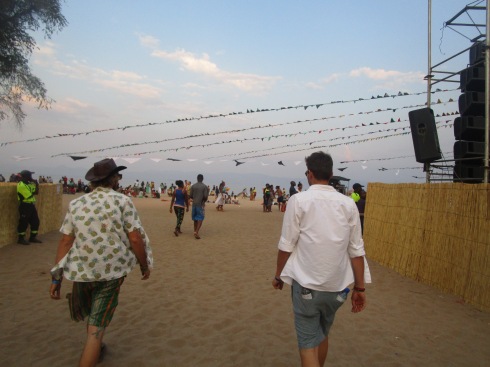 6 Replies to “What to know before you go: LAKE OF STARS FESTIVAL”