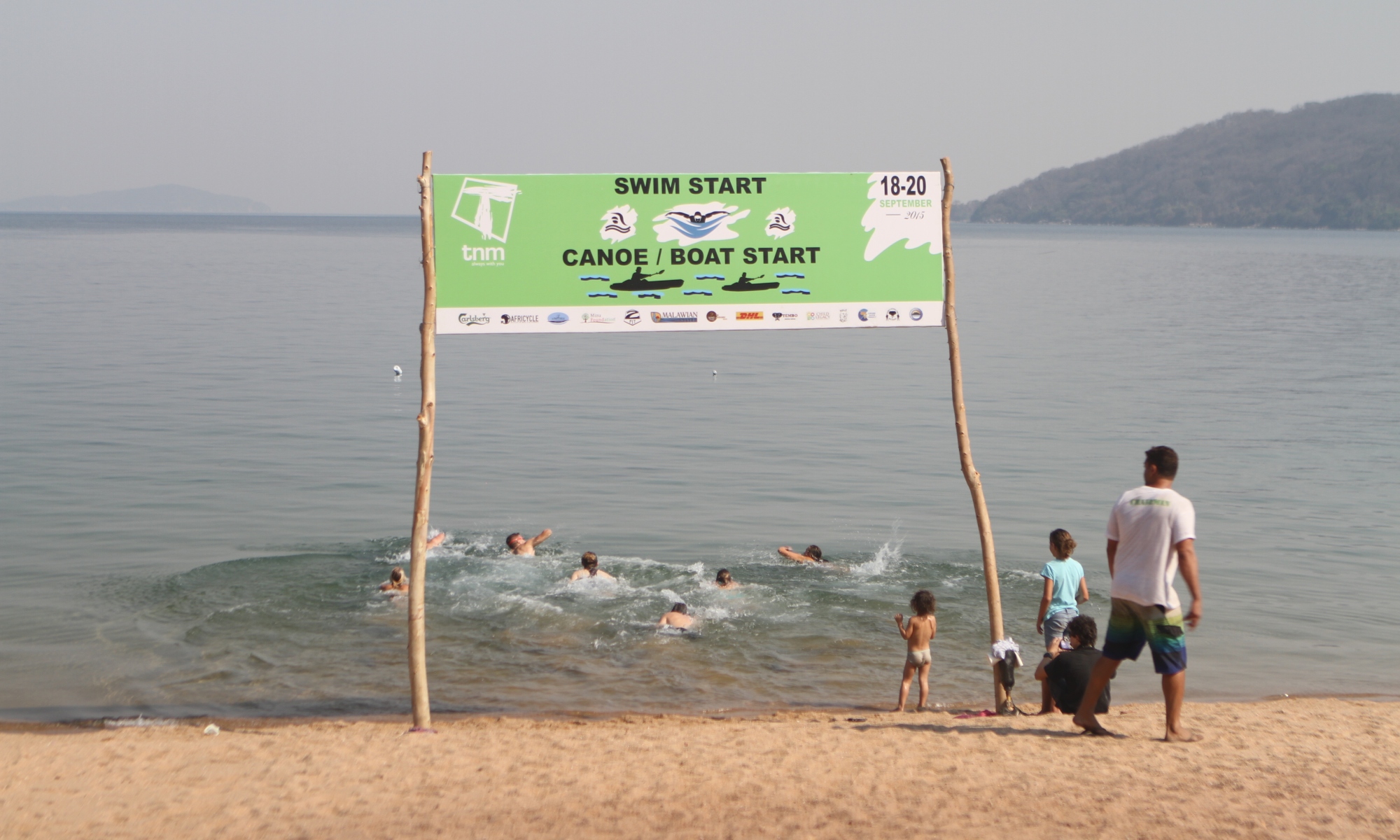 Saturday September 19th, 2015 was the first ever Cape Maclear Triathlon on Lake Malawi. It was also my first ever triathlon… I imagine this worked out well – as any real athlete may have been confused about the lack of details. But as they say…”T.I.A. – This is Africa” and that’s what made the whole weekend so hilarious and magical.

Set on the banks of the crystal clear Lake Malawi the three-day event included much more than the individual triathlon. In fact, the festivities started Friday night with a DJ dance party (the DJ flew in from Norway just for the event) which had most of the participants out until early hours. The following days included volleyball and football tournaments, long distance swims and nightly disco parties.

Lake Malawi is a UNESCO world heritage site renowned for its incredible biodiversity of fresh water fish. One of the deepest lakes in the world, it is nearly the size of Belgium.

The individual triathlon’s 6:30am start was only delayed by hangovers and the bike delivery van breaking down on the road early that morning. Unfortunately, the lack of working toilets and potable water made the early morning a little more difficult for those suffering from the local Malawian gin. We were all glad to see bikes arrive if only to dispel the myth that 20 race worthy bikes actually exist in Malawi. Without safety pins to tag participant numbers everyone had to memorize their individual tag. But not to stress – if any athlete forgot to shout their number at the finish line a staff member would eagerly chase them down the path for the next leg of the race.

The water was checked for crocodiles and the race was off! Everyone survived the 700 meter swim – some started eagerly and others waited over 90 seconds to dip in their big toe. Towards the end a few cheeky participants cut the last corner…but we won’t talk about that. 😉

The transition to the bike turned out to be trickier. Without a real station there was nowhere to change clothes and bikes were scattered everywhere. So all participants either stripped for the crowd or chose to run/swim/bike in the same costume. In the end everyone was able to spin out without a hitch!

As a life-long competitive swimmer I was proud to be the first out the water despite efforts of another sneaky swimmer who cut the corner *cough cough* and my loss of general steam. I won’t pretend to be a master cyclist but since my bike didn’t have fully functional gears the 16km turned out to be strenuous and confidence stripping. I will admit some fault for choosing my bike because of its purple color instead of confirming its working condition. 😉 Even though the hills and heat were challenging, the ride was stunning. Baboons and goats made way for the mostly helmetless bikers – local kids joined in the fun and tried to keep up with the race for some distance. Farmers would stop and turn in confusion – baobabs lined the path alongside the rolling hills. The local police were even involved in blocking traffic, which left the confused locals as a laughing and cheering squad along the small road. The locals weren’t exactly thrilled with being held up for so long but some bribery with cigarettes seemed to help the overall mood and patience levels.

After dropping the bikes back at the water, the run looped 5k’s through the local village. All the runners were told this would be a 4k but an early morning decision meant that it made more logistical sense to add an extra kilometer. As the athletes passed through the entrance of the Lake Malawi national park there was a much needed water station. Some water stations also doubled as a wine bars – which just added to the hilarity of the whole scene. The finish line was a welcome sight and the cold water of Lake Malawi was the perfect place to cool off after the two-hour race.

The afternoon involved the volleyball tournament, canoe race, island swim, awards ceremony and big disco party. Local performers sang, many “greens” (the local Carlsberg brew) were consumed and the tired teams ended up awake for over 24 hours. The medal ceremony only provided awards for the male participants (sigh…Africa…) and a brawl broke out over the lime green free t-shirts awarded to tournament winners and volunteers. This meant that many locals pretended to have won the tournament to score a free shirt and several jumped behind the info table to nab the final few. This hopefully will give returnees a good chuckle to see so many locals running around in lime green TNM (local phone company) t-shirts in future years.

Sunday morning was supposed to have a 10k run…this didn’t end up happening since all the staff had partied too hard the night before to show up and facilitate the race. This meant that the participants who did show up either went home or chose to run the loop individually. Whoops!

In all the Cape Maclear Triathlon was a massive success. All of us who were able to participate felt exhausted, accomplished and fulfilled after the weekends festivities. I look forward to hearing the tales of future years and stories of athletes traveling from across the globe to compete in future Malawian triathlons. 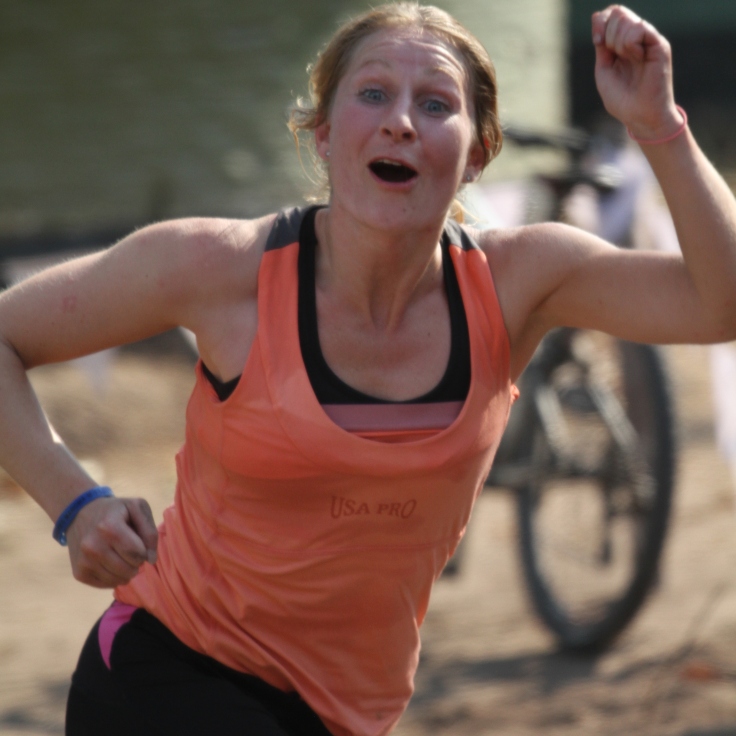 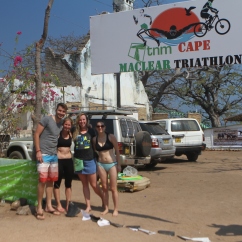 We are all very proud of our coworkers as three Malawian Style staff competed in the individual event, along with another three competing in the group triathlon to place second. The funky cichlid volleyball team also placed second overall. Well done team!

3 Replies to “Baboons, Baobabs, Bikes and Beers… the makings of an African triathlon”